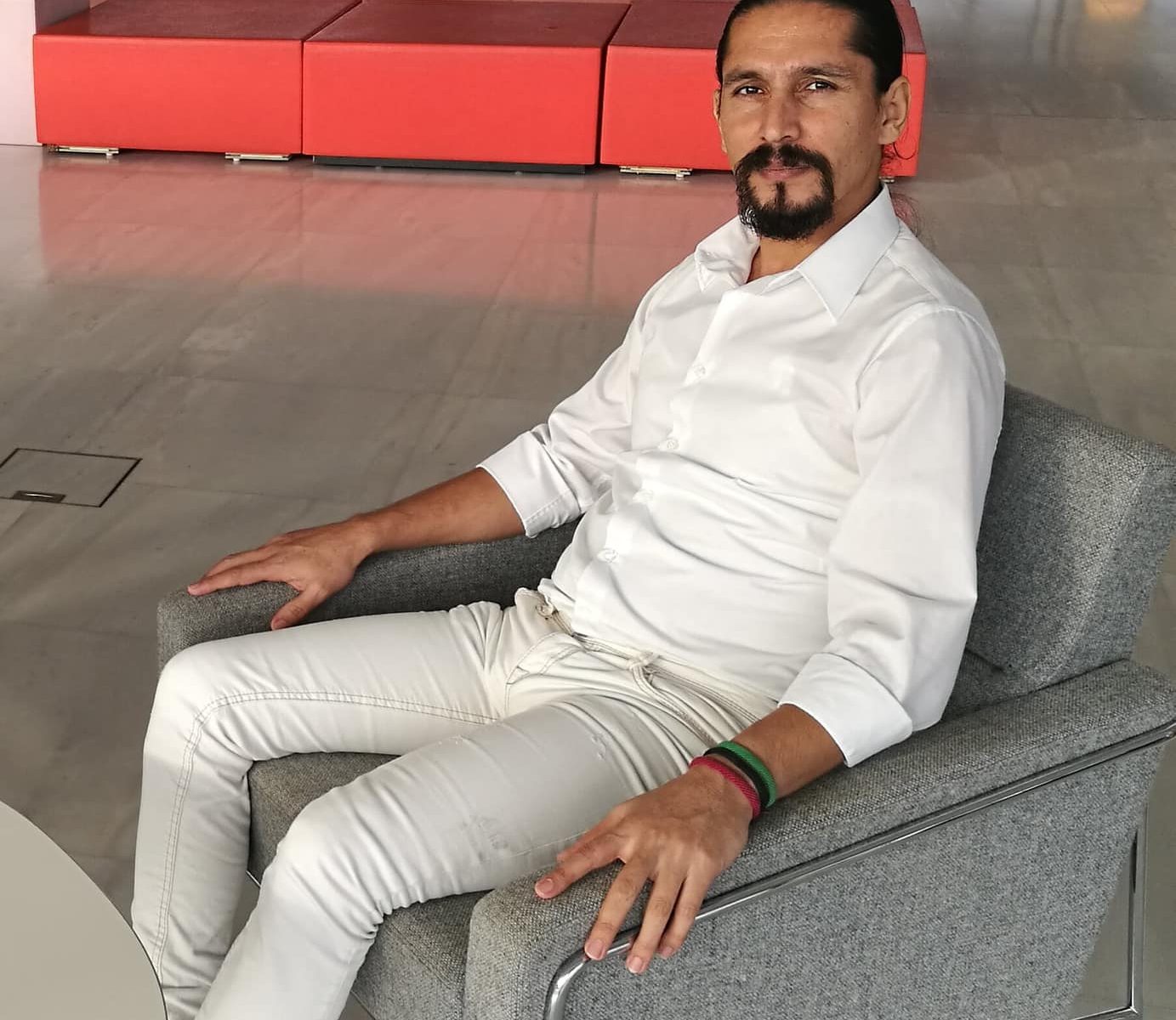 My name is Mohamed Azimi Asef Ostadazim. I am 39 years old and I have come to Greece with my family. My wife and our three children.
We have been in Greece for almost three years. We came here in order to go to Germany. We went near the borders of FYROM but, because they were closed, we came to Athens.
At first, we were staying in Elliniko’s refugee centre. In there, I started giving lessons to refugees. I was teaching them how to draw. I was staying in Elliniko’s camp for one year and a half. Almost 180 students participated in my class. After a while, we conducted an exhibition inside the Elliniko’s refugee centre. Some politicians and many journalists visited the exhibition. I was interviewed by many media, as well as Al Jazeera. One year and six months later, my family and I went to Thiva’s refugee centre for the next four months. Afterwards, we came back to Athens.
Twenty-six years ago, I started calligraphy back home, in Afghanistan. I was a famous calligrapher in Afghanistan and I was working as an advertiser. When the Taliban came to my city, I went to Iran for six years and then I returned to Afghanistan. I always wanted to help people, thus I established a learning center for writing, reading and calligraphy. When the Taliban were in Afghanistan, it was very difficult to establish a learning center and I faced many difficulties. The Taliban did not allow to teach people and I gave lessons secretly. After a few months, the Taliban learnt about the learning center. In parallel, I was working in the advertising industry.
One day, a car came and a man entered my working place. I understood that he was an Arab. He said that he liked very much the place and he told me his name. He also said that his father was a very well known Arab businessman and he owned a company in Afghanistan. He was interested in creating a route from Iran to Afghanistan. So, for that reason, he wanted to make a billboard. After I completed the task, I went to their organization to present it. After a while, I realised that the people who were working there were all Taliban. However, I had already made the billboard and he liked my work. The next day, he came again to my store and he asked for more work. So, after a while, we became friends.
I remember vividly one time that I went to his office and next to his chair there was a gun. Every time I went to his office, I needed a translator because he was speaking Arabic. One day the translator said that he could not come inside this time, and so I entered by myself. The Arab businessman was searching online something for Saudi Arabia. After a while, I asked him if he is a terrorist and if he came to my country to create problems. He was wondering why I was asking this question to him. I answered: “Because your boss is a Taliban”. He only replied that he is not the leader of the Taliban and that he only wanted to create a route from Iran to Herat, and for that reason, he was bringing tools and machines to my country.
When on the 11th of September the twin towers in the USA fell, the Americans came to Afghanistan, and when they came to Afghanistan, all Taliban left. After a long period, when the Taliban left Afghanistan, I went to the Arab businessman’s office and I was looking for him. However, someone from the office informed me that he was not anymore in the office and that he has left to hide. He also said that the Arab businessman was living now with Osama bin Laden.
Two months later, I learnt that this man was on the blacklist of Americans. After that, I was thinking that for a period of time I was friend with a very dangerous man. All this situation is a story that I will never forget…Thankfully, God protected me!
I decided to share this story because most media say it in a different way. All people have some stories from their lives and it is good for those to be shared.