My drawing has three pictures. The first one shows that my fathers sister was shot by soldiers for no reason. The second picture shows how ISIS (Daesh) pretend to be muslim by saying Allah Akbar, and then they blow themselves up with a suicide bomb. This is not islam. The third drawing is of my father when he was in prison. He was tortured by soldiers. The flag at the bottom is the flag of Daesh. 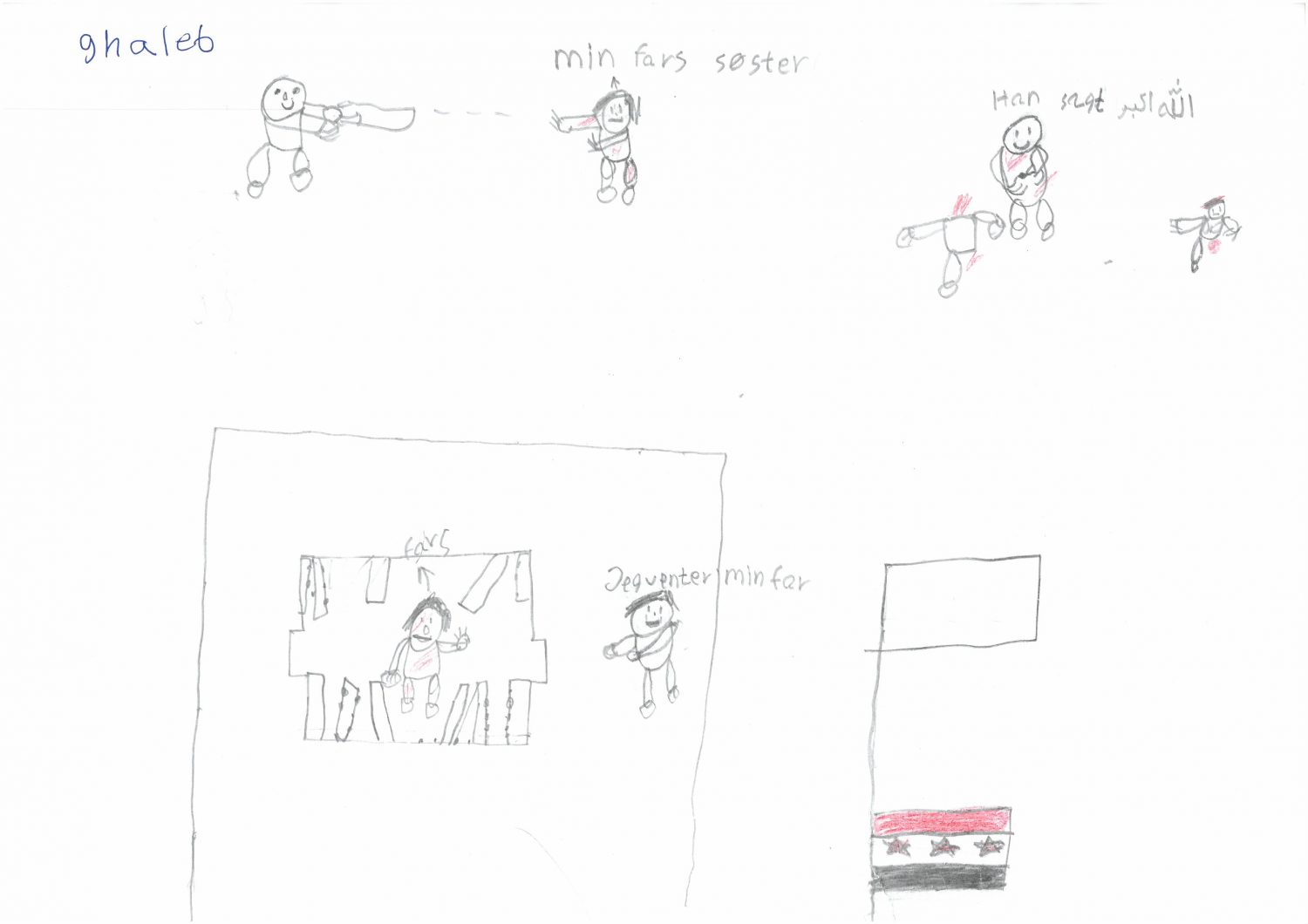