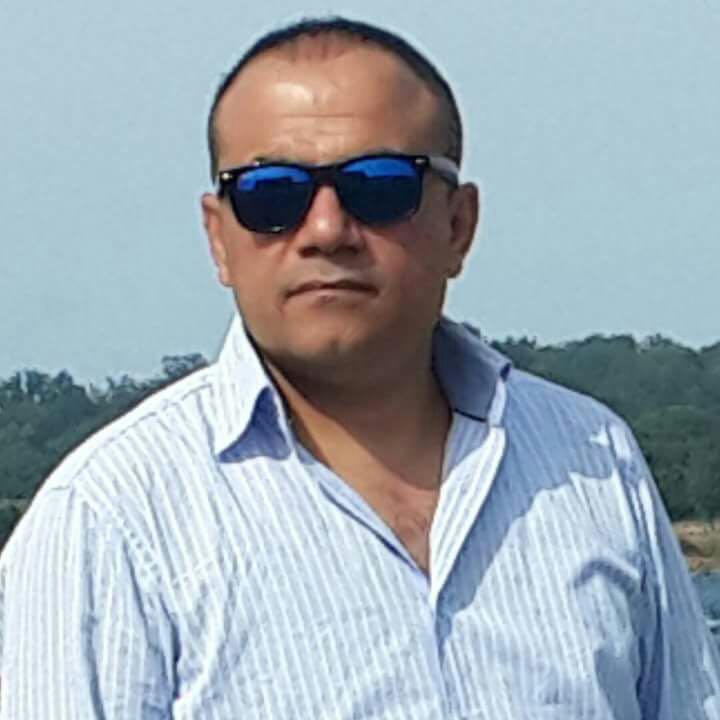 Mohammed Abdo is 41 years old, from Iraq
I work as a janitor at Hørsholm stadium. In Iraq I studied until 8th grade, and after that I worked as a chauffeur. Then I opened my own shop where I sold mobile phones. My life was beautiful.
ISIS came and took occupation of Mosul, they started killing everybody, so we escaped through Syria to Turkey. In Turkey I worked as a translator because I speak Turkish, Kurdish and Arabic. The people there treated us very bad because they didn’t like the refugees there. We were afraid that the Turkish authorities would send us back to Iraq. There are no human rights in Turkey, so we all went by inflatable boat to Greece, from Izmir to Lesbos. We wanted to go to Finland but the police caught us in Denmark, so we were sent to asylum center in Denmark. We were sent to Sandholm, then asylum camp in Helsingør, and then finally to Bornholm. After a year and a half we got rejection of our case, but then it went to court and we were granted resident permit.
We want to thank Denmark very much because we have been treated in a very good way. When we were in Helsingør we felt like a new life was waiting for us. I want to say that all Arab people wish to work. I fould a job and so did my son. We do not want to get welfare, but we want to support our own families. I found a job since I came here, even when we were in the camp. I worked with maintenance in a hotel, and got a certificate.