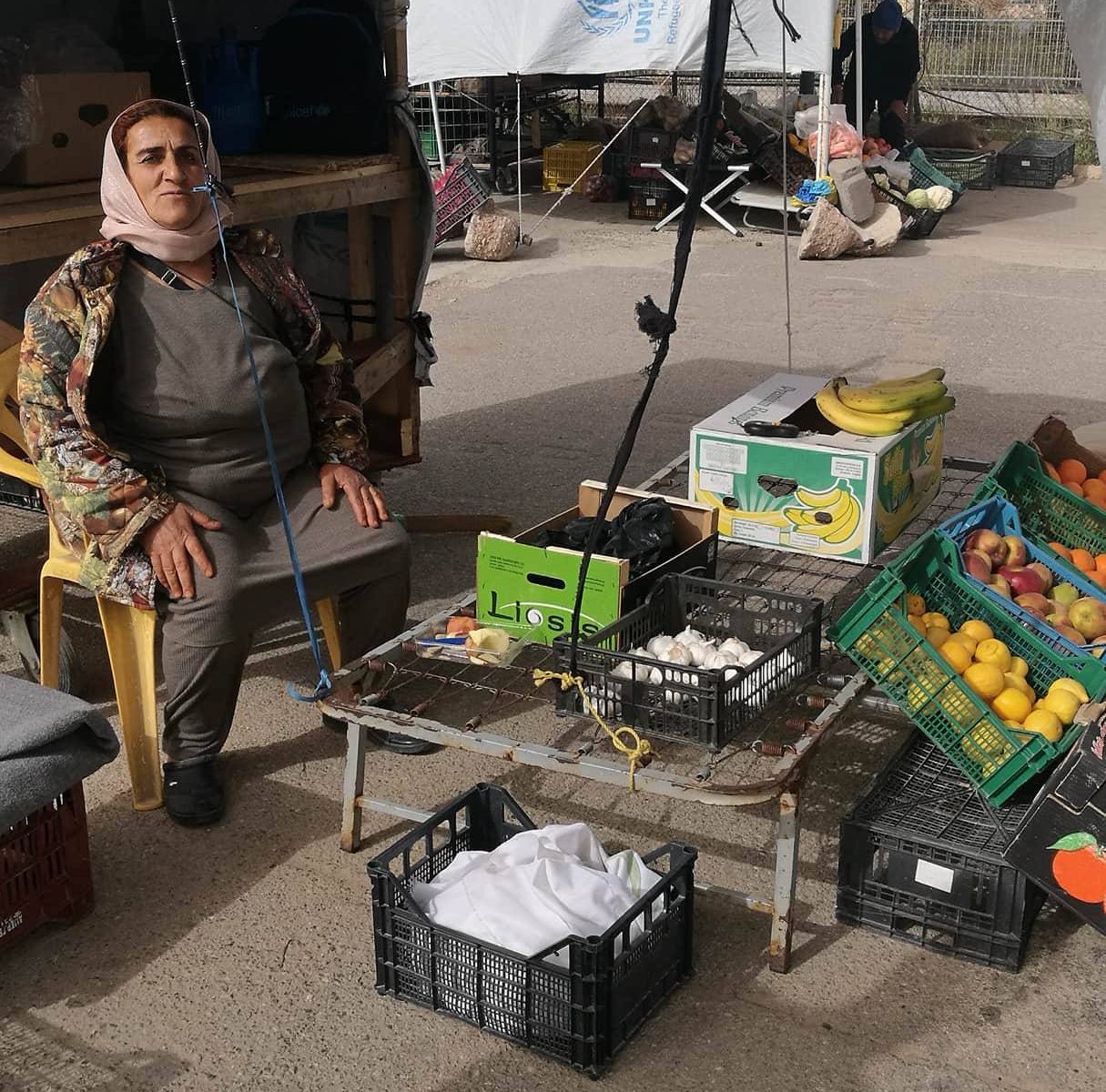 Mariam is a refugee in Greece. She is 40 years old and her origin is from Iraq, Kurdistan.
She is married and has got four daughters. She has been in Greece for two years and two months. She lives in Skaramagas camp with her husband and three of her daughters (7, 8 and 20 years old respectively). Τhe other one of them is 13 years old and is living in Norway. She is so proud of her daughter as she speaks four languages and very happy for the other three who go to school and they learn English.
They have completed the whole procedure of family reunification with their daughter, and now they are waiting for the final documents.
In the meantime, as a family, they have started a small street market where they sell fruits and vegetables. For now, she is working there, besides the pain that she feels in her back and leg. Her everyday life is in the small shop. They just want to leave Greece so they can be again as a whole family with their daughter. As she mentions: “Greece is good but no money, no work and I just want to be with my daughter”.