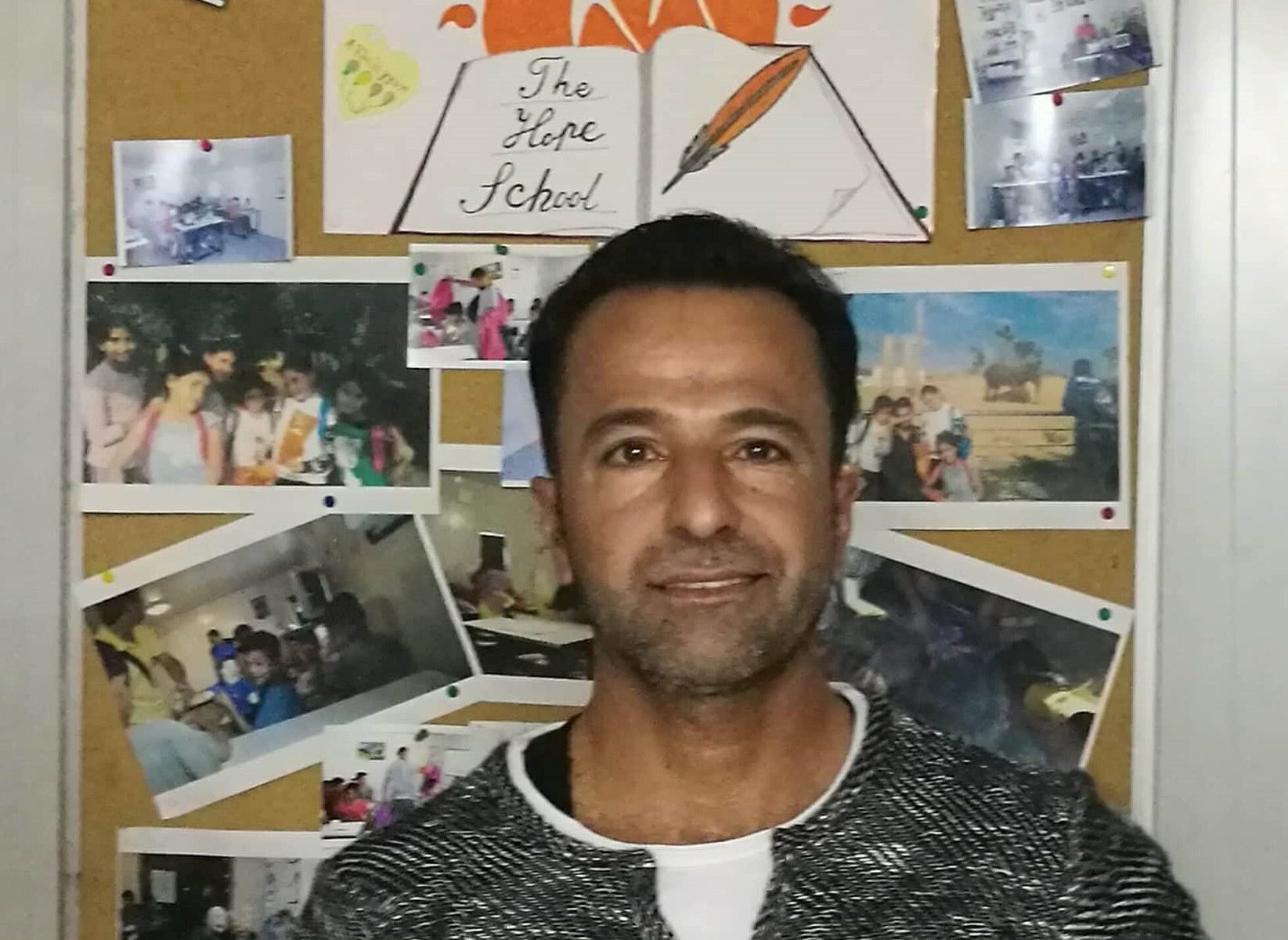 I am Daneesh Mohameed Shakeer. I am from Qamishli (Al-Hasakah). I had reasons that I came to Europe. Back home, in Syria, there was injustice everywhere. The Kurds and the Syrians have issues, the Kurds want to be independent. When the war started I fled Syria and I went to Turkey. We arrived in Turkey with my family, but we had nothing. Our children couldn’t go to school, we didn’t have a job or money. Nothing at all, and I didn’t like it.

Thus, we decided to come in Europe. In 2016, we came in Greece and the borders were closed. For 5 months we lived in a tent, we were tormented from this situation. Then, we came to Skaramagas camp and we were waiting for the borders to be opened. I added my name to the resettled program to asylum and I got a refusal from Estonia. What can I do… I don’t know. Injustice in Syria, injustice also in Greece. Moreover, we had the problem that our children couldn’t go to school.

I didn’t come to Europe for myself, I came for the family and my children. I have been in Greece for almost 2 years, after all that, what else can I do… In Greece there is nothing, I would like to go to Germany now. My brother and my two sisters are living there, I would really like it there. I don’t want to talk at length. Thank you so much!