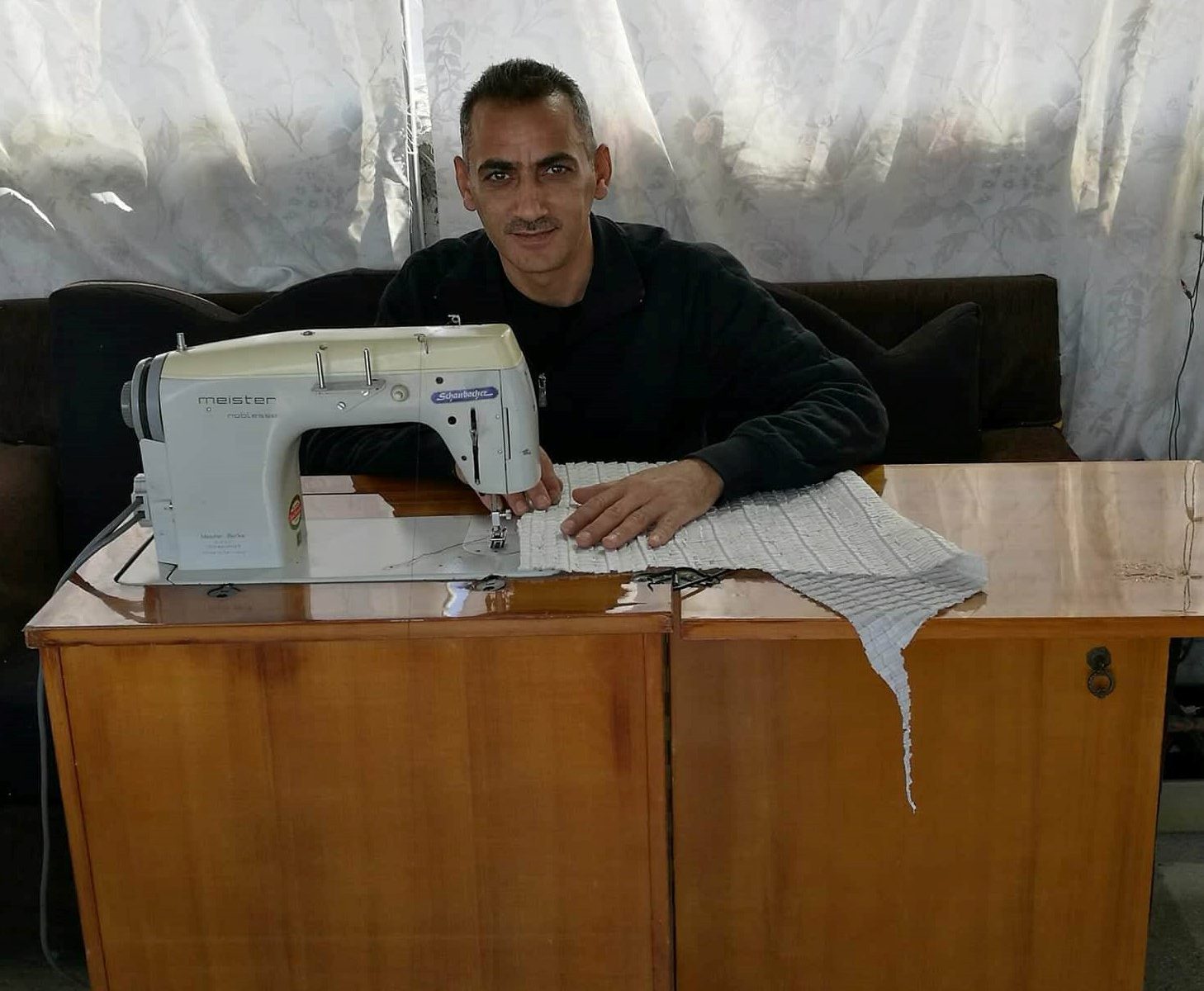 My name is Munir Nabaa. I came from Syria, the Aleppo city. I am 45 years old.
We were living in Aleppo, but when the problems started we left Aleppo and went to Idlib. We lived there for a short time. We didn’t have work because of the crisis. So we went to Turkey. We lived there for one year and we didn’t have money to pay the rent. We didn’t have any money.
So, we decided to come in Greece by boat with the help of smugglers. We didn’t have the money to come all the family together, so I sent first my youngest son and thus he came here (in Greece). He had an uncle (in Crete) and he lived with him. Later I came to Greece (in Crete) with my wife. Our other son was still back in Turkey because I didn’t have the money to take him with me. (In Crete) I worked with my brother-in-law, but I didn’t have any documents and then I came to Athens to do my documents. (In Crete) we worked to send money to our son in Turkey, so him to be with us here in Greece.
My son came to Greece in 2016. After March 2016 they closed the borders. When he came, they gave him the first ‘Rejection’ for the documents. Later, they gave him a second ‘Rejection’ and they didn’t let him to stay in Greece. So, he found one person on the island (Chios) to bring him in Athens.
Now, we live all together here in the camp (Refugee center in Skaramagas), and they give us 90 euro every month. It’s not too much and isn’t enough to do anything. Because of this situation, we had the thought to make a restaurant here near the sea so to have something to do and to get some money. We opened a restaurant first and everything went well. People who were working on the camp’s organizations and people from the camp were coming to eat in the restaurant. But later, I didn’t have many customers, as many people from the camp and from the organizations had left from Skaramagas, thus I decided to close the restaurant.
My job back in Syria was as a tailor. I started again sewing here in the camp to have some money. I bought a small sewing machine to work, and I also go for fishing sometimes in the sea.
When I came to Greece the borders were open. I didn’t leave Greece. I stayed here to wait for my son. When he came here (in Greece), they gave him two ‘Rejections’. They didn’t allow him to be in the same case with us (all family). That was our problem. In the beginning, we had this issue with my son’s documents, but now everything it’s getting better.