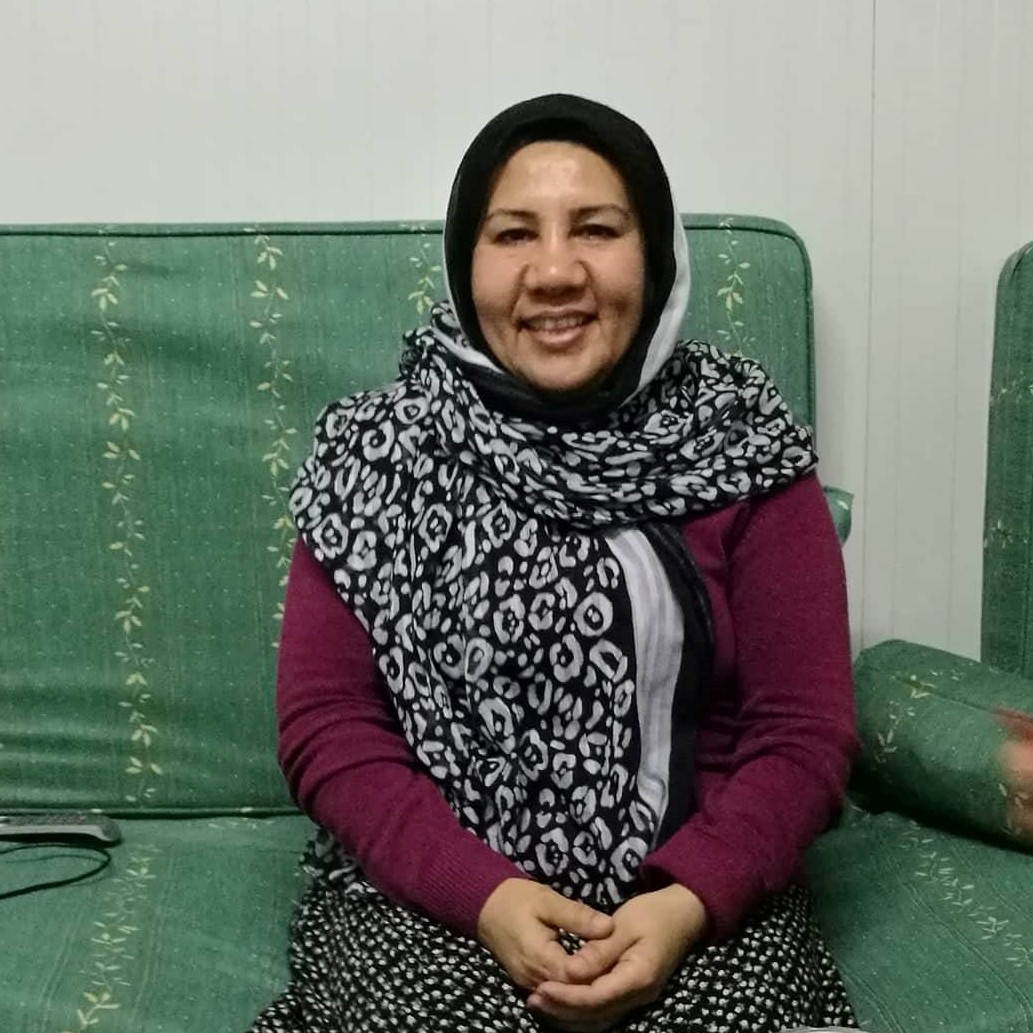 I am Fateme Hussain Zade. I am from Herat, Afghanistan. I was nine years old when we left Afghanistan and came to Iran. I was married to an Iranian man and God gave me five children. At first, Iran was a very good place to stay but then, they did not keep my children at the school. They told us “You must go back to your country or stay in the camp”. In my country, the war was going on, they were fighting and they did not allow us to work legally.
So, we had to go to the camp where my children could study there. I am illiterate and this causes me distress. My children are literate for their own future and life. The camp we went to was out of the city and when we went there, we had too many problems. When we wanted to go to the Pazar or to the city, we should have our documents with us. In the hot days, we had to stay under the sun and wait in the row to get the documents. They wrote down on a paper the exact place we were going to and they also mentioned the time of going and coming back. If we were coming a little bit later, they used to close the front door and say to us “Go back to where you were at”. We did not like this situation.
Regarding the education, the teacher had not the knowledge to give lessons to the students. In Iran we wanted our children to study but we had to pay for their everyday lessons. The lessons in the camp were very different from the lessons in the city, where we used to pay.
If my husband or my son wanted to work, they had to do very difficult jobs. In Iran, we did not have the right to own a shop, to ride a bike or even to have a SIM card. A year later, when my grandson was born, my son’s wife gave birth by caesarean section but after that, she had some health problems…her skin was very sensitive. When we wanted to get her to her own doctor, they did not accept that and they said to us that we had to get her to the doctor in the camp. But, the doctor in the camp was just a medical practitioner. For her we were like ‘mice experiment’ and they were paying her for that.
One of my daughters is very fond of mathematics and we had to pay for her to attend some lessons. They said that she had to take a test in order to see her level and then they gave her a degree. She was very happy when we paid for the test. But then, they said to us that because we are Afghans, my daughter will not take the test and that we had to go back. My daughter was very sad and depressed about that.
In the camp, everything was bad and everyone, including my family, was in depression. Our house had very low walls. We were not safe there and we did not have any choice. “Either we will die here or we will leave” and we decided to leave. We can continue living here (in Iran) or go to Afghanistan and die due to the war or we can go to Europe. So, we came to Greece and we are thankful to all. Everything is very good here. The government has helped us so much, thank you. In the morning, I go outside with a happy face and I know that I am safe in Greece.
I am involved in my flowers now. I have two young grandchildren. Their parents send them to school and in the afternoon, I take care of them. My other children go to school as well. I prepare the food and I clean the house. I do this every day. 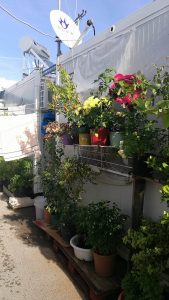 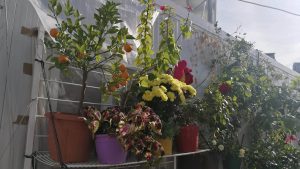