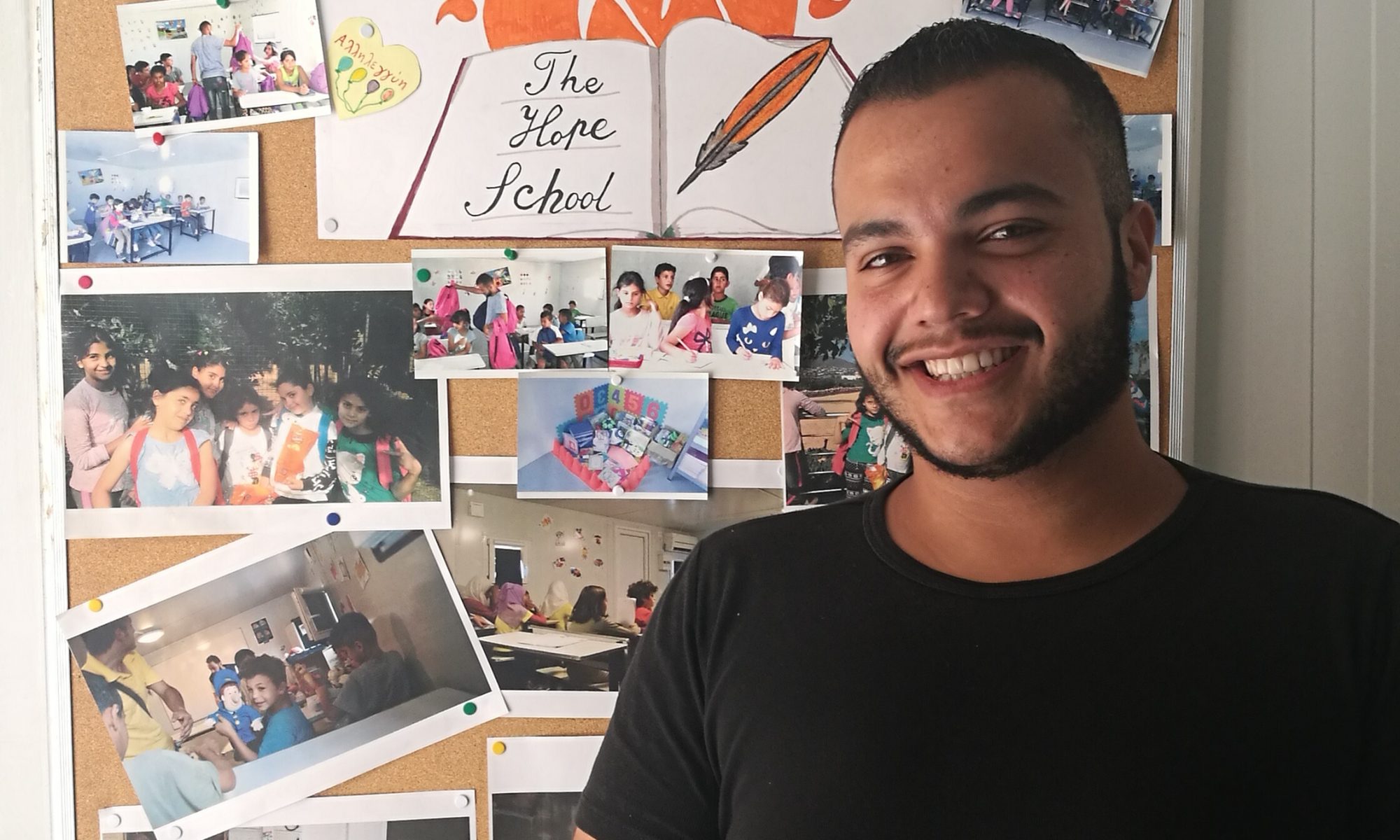 My name is Alaaeddin Koushak, I am 24 years old and I come from Damascus, Syria. This is my story:

I left Damascus airport and my eyes are overflowing with tears. I do not know if this is the last time I see my family and my homeland or not…

Mahmoud tells me, “You have to take taxi by the airport and come to me”…

I met him and he helped me to find a hotel in order to stay there until the time of illegal travel. I stayed for three days at the hotel and on the third day Mahmood called me and said, “Are you ready to travel? Today, after an hour, I will come to take you from the hotel. Be prepared.”

Mahmoud came and took me to a house where there were families from Syria. There were a large number of children, and here came van cars and took us to a barn. There were young people who spoke Turkish and there were dogs with them. Here the women were scared and the children were crying …

About three hours later, a cargo truck arrived. A young man came to us and spoke Arabic but not brilliantly and said to everyone, “Sit in the truck”.

No one wants to board because the truck does not have any gap for breathing. We do not know where we’re going. I thought about whether it would be the end of my life in this truck or the beginning of my new life.

The young men came with iron bars and started beating us in order to sit inside.

In the middle of the road, breathing became difficult and some children started crying. We began to hear the sound of the twigs hitting the truck, and we realized that we are in a forest. The truck stood and the door was opened by the young man who speaks Arabic and told the mothers to silence their children because we will pass by the police. He closed the door again. We got some strength because of oxygen recovery. After about an hour and a half, the truck stopped again and it was about 4:00 am. And we got down and realized that I was on top of a mountain, and we had to get down among the trees towards the sand getting down was very hard and very steep and the weather was windy. I carried a bag on my back and a plastic bag in my hand with a sweater and a life frame. A woman shouted to me, “Please help me.”

She had three children with her, and I took two of her bags and carried them with my hand. Halfway down, some of the stones stumbled and a big rock fell on my feet. I wanted to scream but soon the young man who spoke Arabic came and put his hand on my mouth and said there was the police. He helped me up and I felt great pain in my feet and we followed the road until we got to the stone hut and we were told we had to wait for the boat. I got some palliative pills for pain but did not give a result. Around at eight in the morning, the young Turks came with the young Arab speaker and said, “The boat is ready .”

But the waves were very scary. We refused to go to the boat.

We were told that those who did not prepare for the ride would be killed. We had no choice but to wear a life jacket and prepare tires. Minutes later the police fired bullets into the air and we were told to stop. The Turkish youths ran through the trees and we stayed standing until the police came to us and they were speaking the Turkish language. There was with us a young Syrian speaking Turkish. So, he began to translate to us that we are safe now, that we should not worry and we should follow them in order to take us to the city where we were. I could not walk, and I broke a branch of a tree and forced it to help myself.  We got to the main street and waited for the van and we went back from where we came from. I went back and sat at the hotel for seven days and met the young Syrian who speaks Turkish and helped me to book the plane ticket to go back to Istanbul because I have some friends there. I stayed for a month in Istanbul until I recovered.

I am in Istanbul and I have news of my mother’s illness and she is in a coma and she is in the hospital. It saddened me very much but increased my determination to try again to go to Greece and then to Germany.

On this day we boarded the bus around 120 people and sat in the land of the bus because the seats were full of women and children. Αfter five hours on the bus we stopped near a beach of 400 meters and was 2:30 am. It was really a stormy day and the sea was at the top of my anger but my insistence did not show me that fear again. I started preparing myself for riding and equipping the survival framework. They divided us into two groups. The first group and I went to the boat and I was the first to climb up and started helping others climb. The waves took the boat north and south until the boat was full and we were close to 40 adults, 20 children between baby and small. The driver was a young man from Syria and was told to take him toward the bright red light from afar. I took my phone from my pocket and started contacting a follow-up and rescue organization. They told me to go back because there was going to be a storm at 6:00 am. I told the driver about the storm. He told me that if we returned they would fire at us because they were armed and before we boarded the boat, they threatened him. If he returned we would be killed. Let’s try to get there before the storm.

I stayed in touch with the organization and started sending it our geographical location every ten minutes. At 5:00 am fog appeared and we no longer saw anything and there was no contact. The men began shouting, “O God”, women cry and children in fear do not know what is happening. At this moment, I felt that this was the end of life, I smiled for what was happening around me without any fear because there is no way out of this and I remained silent until …

I heard my phone ringing again and a woman from the follow-up organization from Tunisia told me, are you okay, and I answered that we are about to end.

She told me, “Don’t worry we are with you”. I sent her my geographical location and she said to see in the sea view of Turkey did not stay much tried to reach the territorial waters. Then, the storm came and we are still in Turkish waters. And the water was entering the boat. We got the border waters at about 9:00 am and we were in a deplorable condition. The boat’s engine stopped working and the waves took us north and right. The panic returned to those present. We began to repair it for about half an hour until it returned to work and reached the Greek waters. I informed the organization and they contacted the Coast Guard and after about an hour came to us. We were rescued.

I arrived in Mitilini, Lesvos Island, and sat there for three days and went to Athens to go to Edomini and then to Germany. The border was closed to us and during my trip to Edomeni I stayed for nine days sleeping on the pavement because the police prevented us from traveling. On the bus with us they were women and children, so we decided to stay outside the bus, so the women and children can stay inside. I stayed in Edomini in a small tent with three friends, rain over us and mud from below us. We had three women and their children, and we were one family, I stayed in Edomini for five months until the border was closed forever. While I was in Edomini, I was told about the death of my mother and this was one of the hardest things I have ever had. I went back to Athens and my friends and had no choice but to go to the camp, but we were denied entry and we had to sleep on the sidewalk beside the camp for a whole month in the tents without water or bath or any place to spend the need. Until the rain came upon us, and we no longer had a dwelling, because the tents had been torn apart. After all these, we entered and settled in Caravan.

So far, I am a volunteer at the Refugee Children’s School in Skaramagas Refugee camp, I teach them Arabic… and this is my story until this day 11/08/2017.