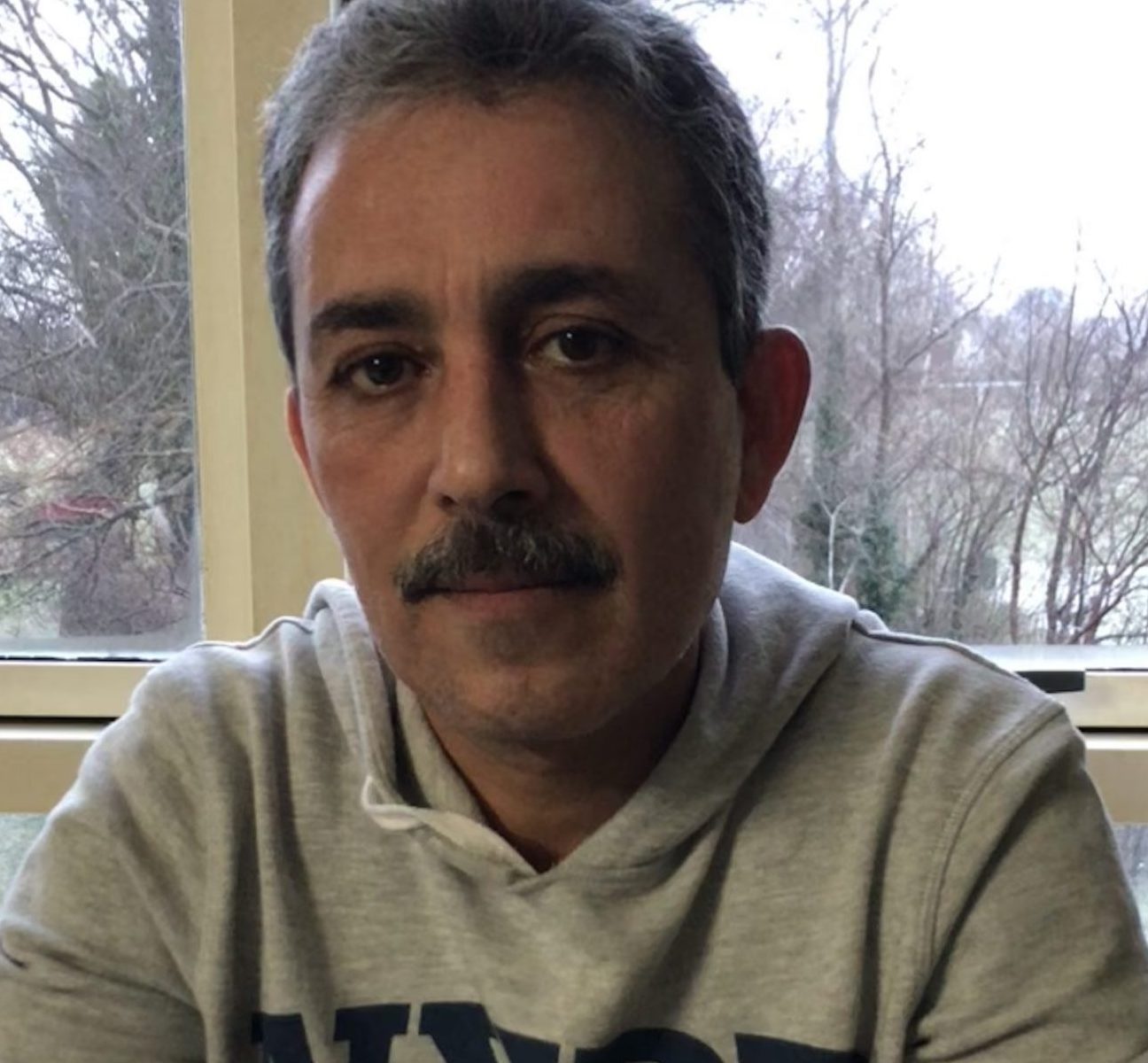 My name is Yousef Fares

I came to Denmark in 2014 with my daughter, Aya. I would like to tell you about the journey from Syria to Denmark.
I could not stay in Damascus because all males between the ages of 18 and 50 years old were arrested and put in jail. My two brothers died in jail after three months. In cells that were 4 x 4 meters there could be up to 300 people. People could not lie or sit. Just stand completely squeezed together. People died very quickly. All those whom the police arrested were against Assad. If you were not on Assad’s side, you were either arrested, were killed or something else completely terrible.
I had to leave my family. I went to Jordan by car. In Syria the soldiers are very corrupt. I had to pay to get my name deleted from all checkpoints in Syria so I could leave the country. When I arrived at the checkpoint, on my way to Jordan, I was so nervous that I felt I was almost dead. I was shaking and was completely dry in my mouth, but I had no choice. If I did not leave, I would be killed.
Fortunately, I managed to get to Jordan where I got temporary work. There began to be many problems between Syria and Jordan. The problems made me unable to get my family there. Therefore I went to Lebanon where I lived for three months. I tried to find a job there, but I could not. Then I tried to come to Turkey, but I could not find Work there either. I traveled back and forth sometimes to look for a job, but it was almost impossible. In Turkey I met with some men who said they could help me get to Europe.
My family came and visited me in Turkey. They were there a month. When they returned to Syria, my daughter Aya stayed with me, and we traveled to Europe together. From Turkey we went to Italy. We sailed on three different boats. We changed from boat to boat in the middle of the ocean. We were at sea for 11.5 days. The only thing we had to eat was three dates a day and a little water. For my daughter I brought some chocolate. She got a little piece every day. The first boat we sailed with was approximately 12 x 4 meters and there were approximately 100 people on board. Everyday my daughter asked me when we arrived. I said “maybe tomorrow”. Out at sea we met a large freight ship that picked us up. We were on the ship for 1.5 days. When we arrived in Italy, we arrived at the Red Cross camp. We stayed there for three days before we were allowed to move on. From there we went to Milan. In Milan we took the train to France. Then we found someone who could help us get to Nice. From there we arrived in Paris by train, and from there through Belgium, Holland and Germany to Denmark.
I’m very happy being in Denmark, but I have big problems getting a job as an accountant. When I met my case manager, I said that I would like to work as an accountant. I found a 9-week course where I could qualify to work as an accountant in Denmark. I also found an internship as an accountant, but I could not get a job. I talk to my case manager every day to find a job as an accountant, but she says I have to take other jobs. I have been in internships four times. I have taught mathematics for three months, I was an intern as an accountant for three months, I have also been in an internship in a painter company and in a carpentry company. But no real job. Now I will start a new internship as a mechanic. That’s the only problem I have. In Syria, I worked as a managing accountant for 22 years. Here I am unemployed.
My only wish is that in Denmark all refugees will be allowed to work according to their qualifications. Then we would thrive, and it would be good for Denmark. I have researched a lot of Syrian refugees educational backgrounds. 50% have a university education. I have lots of Syrian friends with backgrounds such as doctors and so on. In Denmark they work as cooks, cleaning assistants and so on.