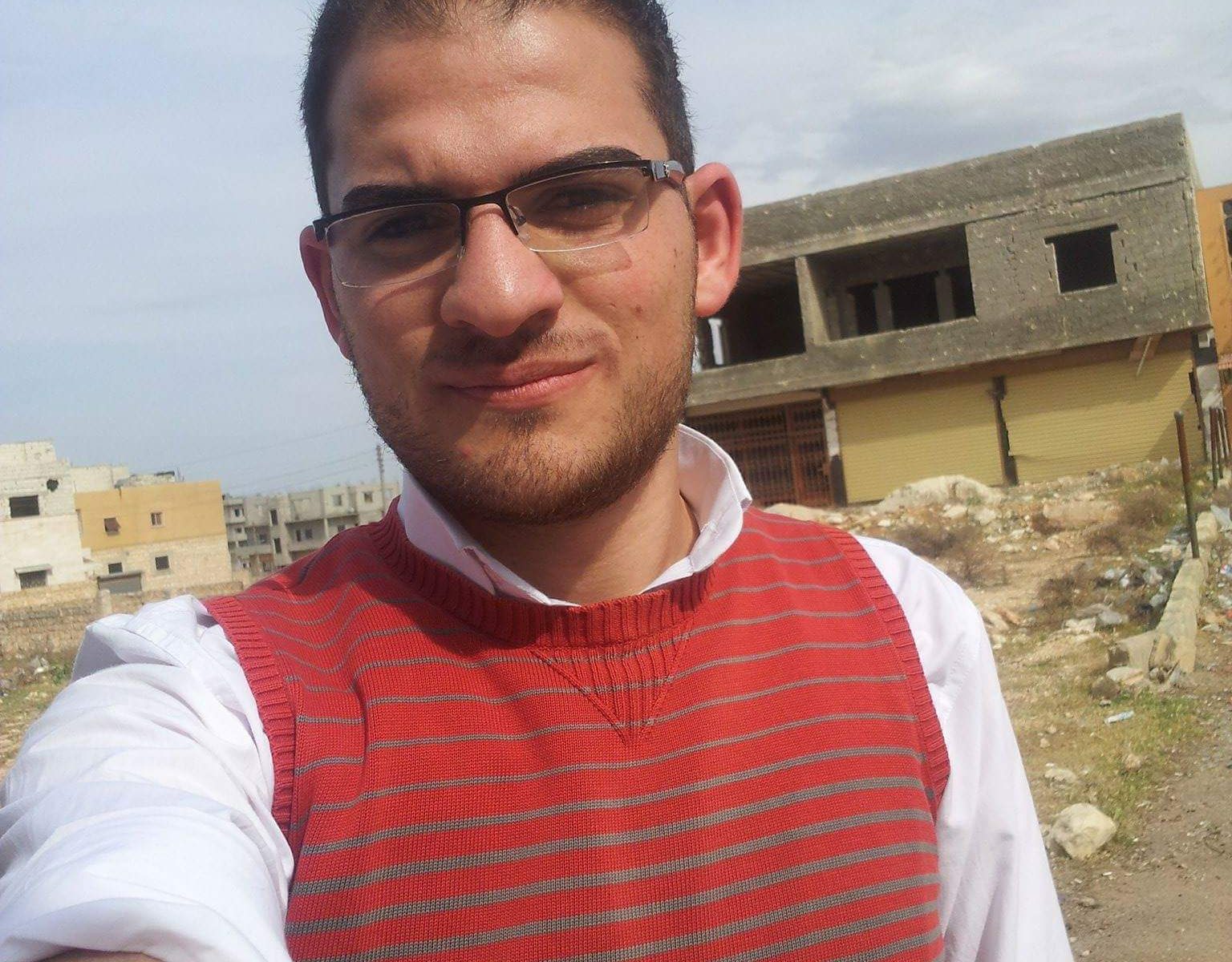 My name is Mohamed, 25 years old and Palestinian, but born in Syria in the city of Homs. I came to Sweden 3 years ago. My life was very good before the revolution.

I was a student and worked as an anesthetist and in the evening I had a computer store that I worked with.

I was against fleeing to Europe because my brother who fled before me had told me that the escape route is tough and that Europe is not as everyone believes. I would prefer my parents to flee first so that nothing would happen to them.

I remember this date 2/2 2014. Then the Syrian government started publishing pictures on me and posting that I was against the government. From that date I did not go out.

I did not know why they published these articles and pictures on me, but soon knew that they did this because I practiced at a hospital and helped the civilians injured by the missiles that the government had shot.

I only had 3 months left to graduate, but I could not even leave home. My dad worked as a guard on UNRWA and decided that we can not stay here and told me that I and he must flee from the country.

Dad resigned from work and went to early retirement. Dad still got a salary since he had retired so with this money we decided to flee. 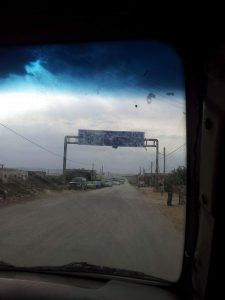 Our trip began April 14, 2014 from Homs city. That day was my mother’s birthday, so we celebrated her and then we went farewell and went away. We traveled from Homs to Hama and from Hama to Aleppo, and then we fled from Aleppo to Turkey. We were always worried about being stopped by the government. The toughest route was from Hama to Aleppo. We only managed to pay the police and the military money to go through. I also got renamed to take care of me.

The next day we arrived in Turkey. We continued to Ankara and then to Istanbul, where I stayed for three days. The smuggler we met there asked us which way we would take. Through the sea or through the woods? My dad chose the forest because it’s a little safer and not as scary. 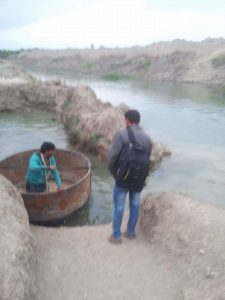 We arrived at the Greek border and walked on foot to Greece. It took a whole day to arrive at an island in Greece, which I do not remember what it was called. But the road was tough. My dad is over 55 years old and I tried to help both him and myself.

We had to throw away everything we had with us. I even have to throw my cellphone because the smuggler was afraid that the police would find us. We were very scared. We heard rumors that smugglers killed refugees, they fooled them and dumped them into the ocean.

We had to walk very slowly and quietly. A person fell into the lake and started screaming for help. We wanted to help him but we were afraid that the Turkish police would catch us so we ran away.

We were part of a group of other refugees. We were about 15 people along with two smugglers. My dad fell several times along the way. I helped him up and we crossed a lake that was half a meter deep.

We arrived at Greece at. 6 in the morning. The smuggler told us he had to leave us and another person would take over. He would come with a car in 30 minutes. The second smuggler came after two hours with a car that accommodated six passengers. We were told that every fifteen would put in the car.

Four people got to sit in the trunk. My dad had to sit next to the smuggler and we were sitting in the back seat. I still do not understand how we managed it. When we arrived at Saloniki in Greece, I was hurting the whole body.

When we arrived, the smuggler said we had to change clothes so nobody noticed we were on the run. We switched and then went on a regular bus with other passengers to Athens.

When we arrived at Athens, the smuggler told us that we had to get a refugee document from the police to move freely in Greece. Some said we did not need to get it because we would continue on. We stayed nineteen days in Greece. Once we tried to fly in a truck, the police noticed it and stopped us before we had walked into the truck. We changed strategy and instead searched for a smuggler that people knew who could help us further.

We found a smuggler who was willing to take us to Sweden for 5000 euros per person. We wanted to come to Sweden because my brother and relatives lived there. We accepted the terms. My dad borrowed some money from friends.

The next day the smuggler came up with fake paper and informed us that we were going to fly to Sweden. But he told us that we have to buy designer clothes and shave us so nobody notices something at the airport. He took us to a store which he said was the best deal. I was shocked when I saw that a pair of pants cost 150 euros and a 200 euro shirt, the smuggler invited us to buy clothes.

He also told us that he had booked a boat from Athens to a small island and that another person would wait for us there.

We went by boat and the trip took about 10 hours. When we left the boat, the other smuggler was not there waiting for us. We called him and he said there were too many police officers and he could not drive in. He told us to take the bus to town and book us in a hotel until he would come and leave our airline tickets. He urged us to be careful not to be taken.

We walked around to check in at hotel, but it did not work at all because we had no passports. But eventually we found a receptionist from Egypt who helped us, but we did not tell anyone that he helped us. After half an hour, the smuggler came to our room and informed us how the airport looks and how it should go.

I looked at the tickets and there was Austria. We wanted Sweden. But the smuggler said that as soon as we landed we had to call him and then he will send tickets from Vienna to Copenhagen. Then we should take the train to Sweden.

I was shocked when I saw the airport. It was such a small airport with only 3-4 gates and no police. We arrived at our gate and the staff asked us about our passport and boarding pass. I showed both my father and my father’s passport and she greeted us in welcome. At first I felt the joy.

The passports we received from the smuggler contained photos of us, but we all had a different nationality.

When we arrived in Vienna we started calling the smuggler, but he did not answer. We checked in to a hotel for three days and tried to call him repeatedly, but without results.

We began to wonder if we would try to book tickets to Copenhagen. I went to a travel office with my passport and booked to Copenhagen.

Just before we were traveling, a person rang from the smuggler’s phone number. He informed us that our smuggler had been taken by the police and that he was his friend.

I told him that the smuggler had promised that we would arrive in Sweden or Denmark. Now we were only in Austria, so the amount has to be reduced. The person in the phone said he wanted the full amount. I put on the phone and stopped answering him when he tried to call again. Then we went on to Copenhagen. We arrived in Sweden on May 11th, 2014.

What I miss most from Homs are the roads, the people, and now that you asked the question, I can shut my eyes down and think about every detail in the city of Homs. I often think that this should not have happened. I remember the beautiful Homs. We were a group of friends in Homs who went out and were together daily. Now everyone is spread in different countries.